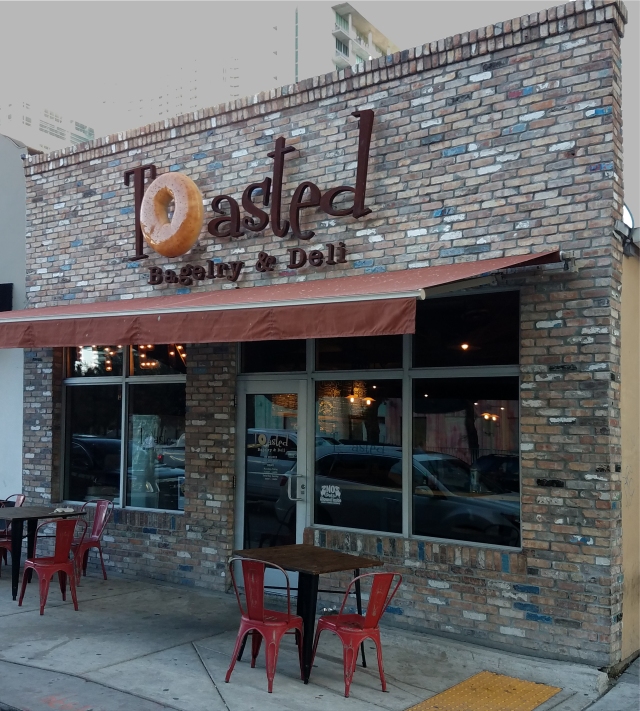 I’ve been on kinda a personal secret mission while traveling around the state of Florida.  A mission to find a decent bagel. That might sound a little strange coming from a guy that was raised in New Orleans, home to French Bread Po-Boys and Beignets.

Back in the late 80s I developed a strong appreciation to bagels during a short move to Chicago. I remember going to the local Jewel’s grocery store there and buying a handful of sesame seed covered bagels.  I would rush home to toast them and add a hefty helping of cream cheese and jam and pair with a nice cup of dark roast coffee. It was my  morning ritual and I loved it. The sesame bagels brought me back to New Orleans because they reminded me of the toasted sesame seeds one would find on a Po-Boy (French bread) served  in the various restaurants in New Orleans. Although, most of the New Orleans Po-Boy bread doesn’t even have sesame seeds. But, if you ever had a real New Orleans style Roast Beef with the toasted sesame seed Po-Boy bread, your taste buds would jump with delectation and there’s a good chance you may become addicted.

A few years later I landed a big assignment in Manhattan.The assignment turned out to be a very lucrative one and I enjoyed many other trips to the Big Apple as a result. It was there that I discovered the “Everything Bagel” with the works. A place called H&H bagels served up some of the best bagels in New York as they still do. Don’t get me wrong, I still loved the sesame seed bagels, but the “Everything Bagel” just knocked my socks off with flavor. Wow! I was addicted.

Living in New Orleans and then in Colorado for many years I never lost that bagel addiction. However, one might as well forget trying to find a real Chicago or New York style bagel there. Most are just baked and not very good. The bagels there have little or few sesame seeds or anything else, especially on the bottom half.  Some are cake like and some taste just like regular baked bread shaped like a bagel with various toppings.  They just didn’t hold  “Watta”  to a real New York bagel.

I ended up moving to the Tampa-Sarasota area about two years ago from Colorado.  I figured since so many New Yorkers live in Florida there might be a good chance of finding a decent “Everything Bagel” right?  But to my surprise it didn’t happen. I’ve tried several places and just came up disappointed every time. 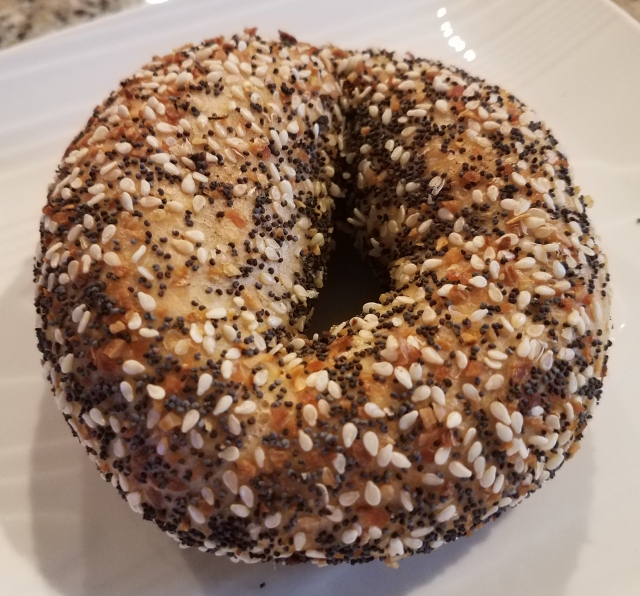 Front side of their Everything Bagel

I travel frequently  and the last couple of days I found myself down in Miami on another assignment. Located right next door to my assignment at the Brickell City Centre I noticed a huge number of locals popping in and out of this little bagel shop, so I just had to try the place.  My first impression,  Bingo! Jackpot! My bagel lottery hit!  The aromas, toppings and texture of the fresh bagels were as good as I can remember getting in New York. I was so excited to see and taste a real bagel for a change. I took a couple pictures posted both the front and back of their Everything bagel. Awesome!  Bada bing!

In my opinion, if you’re craving a real bagel packed with the toppings on both sides, you must check out  “Toasted Baglery and Deli” It’s on SW 8th Street in the Financial District. 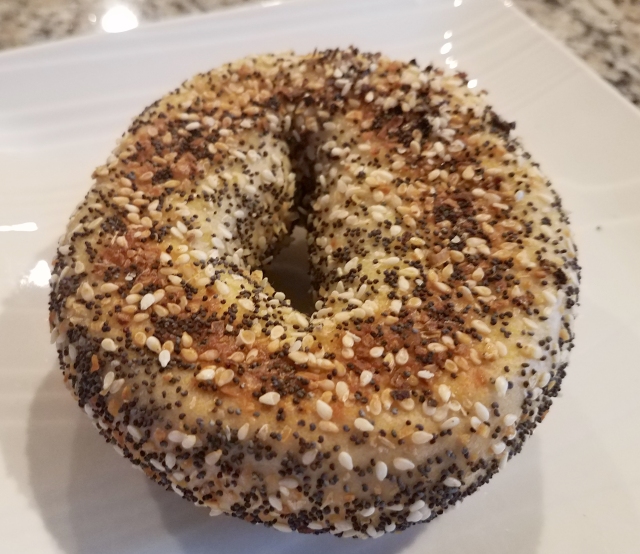 Back side of their Everything Bagel

An excerpt from their web site:

The two Egyptian brothers Islam and Khaled moved to the US in 2001 and started working in bakeries throughout New York and New Jersey. Realizing their experience can help them bring their delicious bagels and deli to Miami they opened the exposed-brick-covered Toasted Bagelry & Deli in Brickell where they do things the old way with kosher malt, flour, conditioner, and filtered water producing pristine bagels.

Martin Allred is a professional photographer and frequent traveler. His organization Nationwide Photographers provides Professional Photography throughout the USA and Canada. Martin is a native of New Orleans and currently resides in the Tampa Bay area of Florida.
View all posts by chowjudge →
This entry was posted in Dining and tagged Bagels, best bagels, best bagels in florida, Breckell City Center, everything bagels, miami, miami bagels, Toasted, Toasted Baglery and Deli. Bookmark the permalink.